After months, I was finally able to meet Bahman in person. I arrived at the meeting hall before him. The hall was big, with few families there for meetings in person. So I could choose any of the chairs to sit on.
I first thought the chairs and tables were not much different from each other. I therefore chose the table nearest to the door through which the prisoners enter the hall. I sat down. There were big windows on the wall opposite me; windows through which you could see the trees along the street on the other side of Evin prison. I got up and chose the table nearest to the windows and sat down. I thought that during our half hour meeting, this would allow Bahman to see the branches of the trees on the other side of the prison walls. I knew how much a prisoner would treasure such a sight. I looked at the trees again. You could see them through the barbed wires on top of the high walls of Evin. I changed my place several times. I was looking for a point from which Bahman could see the trees without the barbed wires. But I failed. It was not possible to see a single tree without barbed wires. Bahman would have to see the green leaves of the trees through the barbed wires. But still, he could see the green on the other side of Evin.

Bahman arrived. How exciting it was after several months to hear his voice directly, rather than through the phone! I could see his face clearly, rather than through the opaque window in the ‘cabin meeting’ hall. Most important of all, I could hold his hand in my hand and tell him softly: “I love you and I admire your patience, your calm, and your resistance.” By the office in charge of the meeting hall said, “Time is up”, we still had a lot to say to each other. But there was nothing we could do. The time was up.

I am happy that Bahman was able to see the green on the other side of the walls of Evin – although the barbed wires. 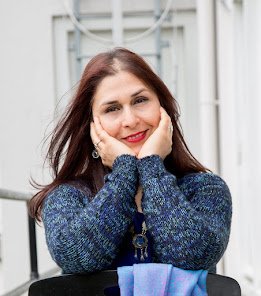